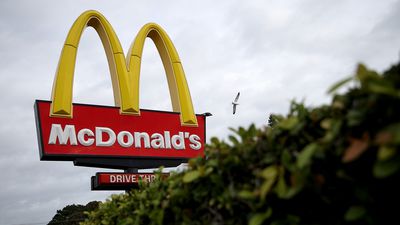 It might be a good time to start paying for things in cash.

There are approximately one million different ways to get your credit card number stolen these days, including just trying to sate a Big Mac craving. A former employee of a McDonald’s in the Atlanta suburb of Sandy Springs was busted using a credit card skimming device to steal customers’ card info, says WSB-TV.

Mark Wright was arrested after his manager witnessed him using the device: “Basically he got the credit card or debit card in his hand and was running it through a skimmer in his pocket,” said police. Such incidents aren’t taken lightly: Earlier this year a Burger King employee was charged with fraud after using a cop’s credit card to go on a shopping spree.

Of course, the best way to avoid having your credit card compromised is simple: always pay for your McNuggets with cash.