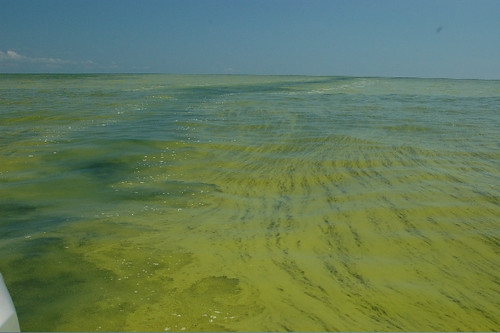 The troubles in Toledo this weekend might seem the stuff of science fiction (as an aside, just listen to the stories running on Chicago Public Radio), but the truth is that a major American city, perched along the Great Lakes just went three days without drinking water after pollution poisoned their supply.

Massive algae blooms on Lake Erie have previously and periodically robbed Ohioans of their ability to enjoy the Lake, but robbing Toledo of clean drinking water is a galling escalation. We can’t just boil our way out of this (in fact, boiling water poisoned by blue-green algae toxins just concentrate the poison!). There is no single, simple fix to the multifaceted problems causing the green slimy mess—but most of the contributors are preventable:


There are very real decisions that need to be made NOW about policies and practices that will help avoid this sorry situation from increasing in Ohio, and becoming totally commonplace in America.

Toledo's troubles make it vividly clear that as a nation, we need to address water pollution and carbon emissions. Policies to achieve these goals are being proposed and advanced now, and the situation in Toledo shows how critical it is that we embrace them.

Our nation needs the “Clean Power Plan” (which would slash emissions from our nation’s largest carbon pollution sources), and the “Clean Water Protection Rule”clarifications to the Clean Water Act (which would return anti-pollution protections to wetlands, streams and headwaters that flow into bigger bodies of water) to ensure we put people before polluters. Otherwise, Toledo’s troubles are likely be more common, in Ohio, around the Great Lakes and all over the nation.